Jakarta – The movement of imported goods or commodities in Indonesia is classified as rapidly developing. Moreover, there are a number of basic goods imported incessantly. The largest import activity is known to have occurred in 2014, which was valued at 178 billion US dollars. The astonishing nominal value brings Indonesia to the position as the 27th largest importing country in the world. The goods or commodities that have been intensively imported since the last 5 years include:

1. Raw Materials (Processed) for Industries in the Non-Oil and Gas category

Position I: imported nuclear reactors, boilers, machinery and mechanical equipment from 2015 to 2019. The highest import peak in Indonesia occurred in 2015, where the import value reached 26,187 million Rupiah. However, in 2020 it will decline again to 19,644.4 million Rupiah.

Position II: Electrical machinery and equipment and parts showing a volatile import chart. Because in 2018 it was the highest import peak with a value reaching 21,447.6 million Rupiah. But in 2020 it decreased to 16,983 million Rupiah.

Position III: Iron and steel whose import value of goods from the country of origin to Indonesia continues to increase throughout 2015 to 2019. The highest import peak occurred in 2019, reaching 10,397 million Rupiah. Conditions in 2020 for iron and steel imports decreased to a value of 6,129 million Rupiah.

The category means such as oil and gas materials based on HS 6 digits with imported goods mostly received by Indonesia consisting of Petroleum and Oil from Bituminous Minerals, Not Containing Biodiesel, Not Crude Oil, Not Waste Oil; N.E.C Preparations, Containing 70% Or More Crude Oil Or Oil Than Bituminous Minerals; Light Oil And Preparation in the last 2 years has decreased drastically. In 2019, imports of these goods were recorded at a value of 8,888.2 million Rupiah, then in 2020 it became 5,160.0 million Rupiah.

Actually, not all of the goods and commodities were obtained by import. For example, computer products and vehicle parts come from local companies. However, the quality provided is inadequate so that it cannot take people’s trust. There are also non-oil and gas materials that must be imported, such as oil from bituminous minerals, which local production has not been able to meet domestic demand.

In dealing with import activities, of course the Indonesian government has a special strategy. The goal is that imports of goods do not exceed the limit and do not interfere with local industries that produce the same products. The Indonesian government has also prepared legal instruments to control imports, enforce inspection of pre-shipment goods, limited restrictions, and regulate ports in eastern Indonesia to be priority commodity entry points.

Instruments imposed by the government, such as optimization of product certification bodies that issue Indonesian National Standards (SNI). Apart from that, the restoration of legal regulations to inspect imported products from post-border with borders was imposed, increased Most Favored Nation tariffs on strategic commodities, and increased the implementation of trade remedies.

Natural goods and commodities purchased from other countries are fine as long as they do not exceed the limit. As well as legal goods and commodities to be traded. Indonesia has implemented safeguards for 102 products and anti-dumping for 48 imported products. It can be concluded that all policies released by the government have an important role for the sustainability of imported goods. Especially in the basic sectors, namely metals, rubber, rubber materials, textiles, electricity, basic necessities, and vehicles.

Something that can be developed from the above explanation is that the government also meets the needs of domestic goods and commodities. Imported natural goods and commodities will not disturb the national industry. Government-issued import policies usually have several effects. First, a big advantage for certain sectors due to increased purchasing power. Second, a big loss because the government can prohibit certain goods and services. As a result, imported goods cannot be marketed in Indonesia. Third, the game of speculation on goods that may be included in the “hot commodity” lineup.

Discussing whether Indonesia has imported goods that are not its specialty in comparative advantage requires deeper research because it involves opportunity cost, efficiency, aggregate supply versus demand, economies of scope, etc. Hopefully we can accommodate the research in the future. 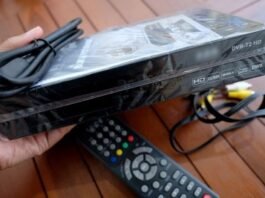 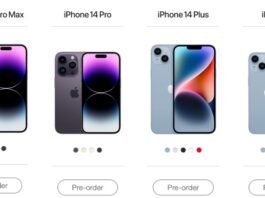