Medis COVID-19 PPKM, the New Version of PSBB: The Initial Stage and its Transition... Jakarta – DKI Jakarta recently adopted a new term for PSBB (Large-Scale Social Restrictions), namely PPKM (Restriction of Community Activities) after previously stipulating the initial PSBB rules, volumes 1 and 2. The implementation of PSBB in Jakarta was taken to reduce the spread of the COVID-19 in the province DKI Jakarta, which until now has not been able to suppress the number of people affected or patients who have contracted the COVID-19.

In general, the PSBB rules with the strict application of PSBB in Volume 1-2 have the same goal, namely to prevent crowds in public facilities. This is because the implementation of PSBB in Jakarta which began on September 14, 2020 is in accordance with the Regulation of the Governor of DKI Jakarta which has been issued through No.88 of 2020. This regulation is an amendment to Governor Regulation Number 33 of 2020, as the basis for the implementation of the early stage PSBB system in April to early June last year.

Before discussing a bit about the implementation of the PSBB and the emergence of the term PPKM in Jakarta, here are a few things to know about PSBB and the PSBB regulations in Jakarta.

Definition and Rules of Enforcement of the PSBB

The increasing number of infected patients in Indonesia has even made several regions in Indonesia adopt strict regulations by imposing a large-scale social restriction system. The capital city of Jakarta is no exception, especially in the DKI Jakarta Province. The definition of PSBB itself is an effort to limit certain activities to residents or communities in a place suspected of being affected by a COVID-19 infection with the aim of preventing the spread of the virus that is increasingly widespread.

If this PSBB regulation is implemented, then activities that usually involve large numbers of people will be limited. Whether it’s the activities of agencies or offices, it will be closed. In addition, there are restrictions on the use of public transportation and religious activities. In DKI Jakarta itself, there have been several stages of the implementation of the PSBB in Jakarta which have been determined by the Governor of DKI Jakarta. This was done, considering that the number of patients affected by COVID-19 was still not maximized.

Then, what is the difference between the initial PSBB, volume 1 and volume 2?

The differences between the initial PSBB, volume 1 and volume 2 are based on the DKI Jakarta Governor Regulation for the implementation of the PSBB:

This rule stipulates that all teaching and learning activities must be stopped, activities in agencies / offices, shopping centers or malls are closed, and public transportation is restricted.

There are several PSBB volume 1 rules that apply, where:

In the PSBB regulations in Jakarta volume 2 are enforced:

The implementation of the PSBB in Jakarta up to several volumes is none other than considering the strict PSBB in the capital city of Jakarta has not succeeded in reducing the COVID-19 cases.

What About Restrictions on Community Activities or PPKM in Jakarta?

As mentioned above, now the DKI Jakarta Provincial Government has changed the term PSBB or Large-Scale Social Restrictions to PPKM, namely Limiting Community Activities. This has also been explained by Ahmad Riza Patria, as Deputy Governor of DKI Jakarta. Actually there is no difference between the PSBB in Jakarta and PPKM. Only the terms are different, but the content of the substance between the two is the same and does not change the meaning at all.

The emergence of the term PPKM itself is based on data submitted by Syafrin Liputo, the Jakarta Transportation Agency, when releasing the results of an evaluation of the new restriction system policy in the transportation sector. Where the data was taken from the first day of PPKM implementation from January 11 to January 16, 2021.

The term PSBB is not reused by the central government, as a level of concern from the government about the increasing cases of the COVID-19 outbreak in Indonesia, especially in the current Java-Bali region. Thus, the Central Government itself distinguishes the meaning of PSBB and PPKM, as new terms used for the massive restriction system that applies in Java – Bali Island.

However, during the implementation of the multi-layered PSBB in Jakarta until the change of the term PSBB to PPKM as it is currently still not having a significant impact based on the data collection of positive patients from COVID-19.

The following is a comparison of the number of positive COVID-19 numbers during the implementation of the PSBB:

Who is Affected by the Implementation of the PSBB in Jakarta?

With the implementation of the multi-layered PSBB from April 2020 to January 2021, it has a significant impact especially for the business sector in the capital city of Jakarta. In particular, certain sectors that are not engaged in providing basic needs of society. In addition, since the office is closed, the impact will be felt directly by the middle to lower class people with daily wages. Then hawkers.

This has also accompanied the reasons for the emergence of negative public sentiment since the enactment of the PSBB regulations in Jakarta.

The announcement of the implementation of the PSBB system by the DKI Jakarta Provincial Government, of course, created negative sentiment to the public, investors, and the market. In addition to falling incomes for the middle to the lower class, it also caused the IHSG (Composite Stock Price Index) to drop. The emergence of negative sentiment in the community itself is given the uncertainty in various PSBB policies in Jakarta issued by the government to overcome the impact of the Covid-19 outbreak. Although seen from a health, economic and social perspective. 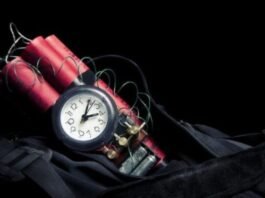 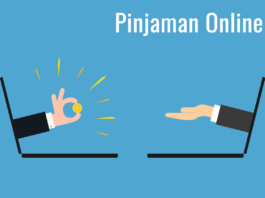 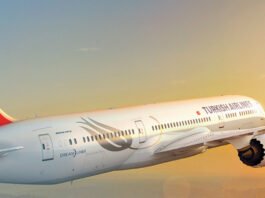